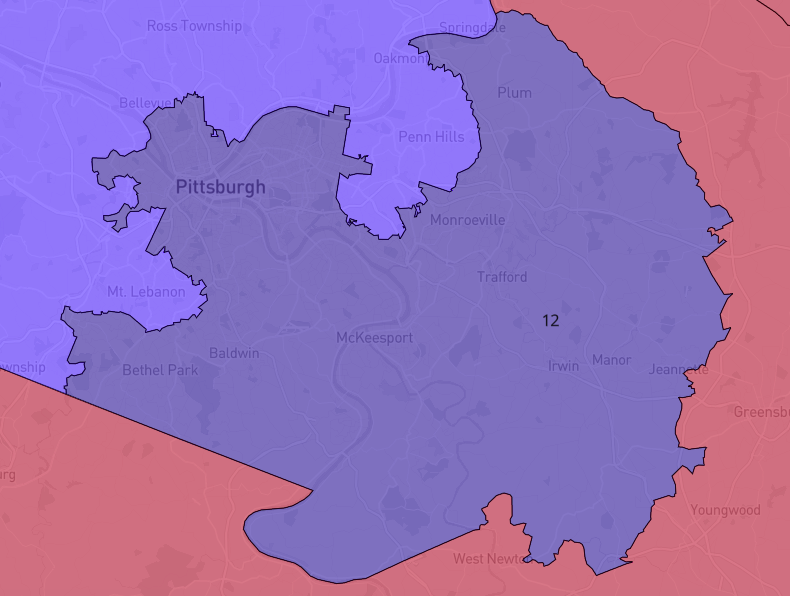 The 12th district consists of portions of both Allegheny and Westmoreland Counties. A portion of Allegheny County consists of the cities of Clairton, Duquesne, McKeesport and Pittsburgh and the townships of Elizabeth, Forward, North Versailles, South Park, South Versailles, Upper St. Clair and Wilkins and the boroughs of Baldwin, Bethel Park,